Sectyr® named among best workplaces in America SCOTTSDALE, Ariz., May 10, 2022 /PRNewswire/ — Sectyr, a leader in SaaS based compliance software for healthcare, has been named to Inc. magazine’s annual Best Workplaces list. Featured in the May/June 2022 issue, hitting newsstands on May 17, 2022, and prominently featured on Inc.com, the list results from a comprehensive measurement of American companies that have excelled in creating exceptional workplaces and company culture, whether operating in a physical or virtual facility. After collecting data from thousands of submissions, Inc. selected 475 honorees this year. Each company that was nominated took part in an employee survey conducted by Quantum Workplace, which included topics such as management effectiveness, perks, fostering employee growth, and overall company culture. The organization’s benefits were also audited to determine the overall score and ranking. “I could not be more proud… Read More »Sectyr® Ranks Among Highest-Scoring Businesses on Inc. Magazine’s Annual List of Best Workplaces for 2022

The move will result in an expansion of the SectyrHub® compliance platform bringing expanded functionality to customers and furthering the company’s mission of helping customers achieve Continuous Program Compliance™. October 27, 2021 11:30 Eastern Daylight Time Scottsdale, Az. — Sectyr® announced the acquisition of LicenseTrak™, a SaaS based application suite centered on regulatory compliance. “I am very excited about integrating the existing LicenseTrak™ products as well as using these feature sets to further our compliance mission,” said Sectyr® CEO James Lawson. “The addition of the LicenseTrak™ toolset is a natural fit for our customers and will allow us to continue growth into other healthcare compliance markets.” With this acquisition, Sectyr® aims to bring additional compliance elements together in the SectyrHub® platform, enabling customers to have a single location for compliance management across the continuum of… Read More »Sectyr® Acquires LicenseTrak™ to bring License Management and automated credential verification to the SectyrHub® Platform 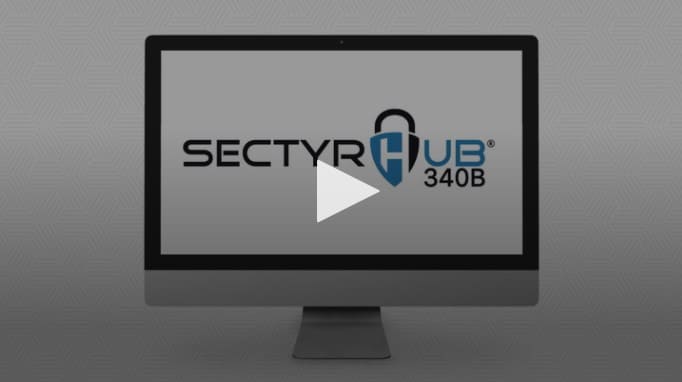 Do you worry about millions of dollars in paybacks waiting to be found in a HRSA audit? What if you could make compliance easy while minimizing the risk of costly paybacks and continue to grow your program using an intuitive and automated application? You can… with SectyrHub® 340B. Leveraging the SectyrHub® platform, SectyrHub® 340B is a comprehensive, cloud-based solution that combines best practice and rules-based guided workflows to support audit readiness and Continuous Program Compliance™. SectyrHub® 340B creates a Pro-active compliance environment and multidisciplinary collaboration center with workflows, documentation, and ultimate visibility into your program management. Easy-to-use features include: • centralized audit workflows using machine learning,• smart data aggregation of all your 340B data from TPAs, auditors, and continuous updates with the latest program information,• detailed guided workflows for HRSA audits, mock audits and recertification,•… Read More »Sectyr® SectyrHub® 340B Video Overview

Scottsdale, AZ. (April 28, 2021) Sectyr®, a leading provider of 340B Program management solutions, today announced the first release of the new SectyrHub® 330 HRSA grant compliance tool for Federally Qualified Health Centers and Look-Alikes. Guided workflows walk staff through all required elements of compliance and dashboards help highlight anything that needs to be addressed. Once full compliance is achieved it’s easy to maintain through innovative continuous compliance tasking that can be tailored to meet the needs of each health center. SectyrHub® 330 also makes program oversight a breeze for busy executives with dashboards that track deficiencies and show who across the organization is responsible for which parts of the program. When it’s time for the Operational Site Visit, SecytrHub® 330 has tools to help make preparation quick and easy. In addition to helping select documents, the tool includes a feature to prepare the staff for meetings with the HRSA reviewers. In the case that there are any conditions as a… Read More »Continuous Program Compliance™ moves into the Federally Qualified Health Center field

Do you worry about millions of dollars in paybacks waiting to be found in a HRSA audit? What if you could make compliance easy while minimizing the risk of costly paybacks? You can… with SectyrHub® 340B. SectyrHub® 340B creates a proactive compliance environment and multidisciplinary collaboration center with workflows, documentation, and ultimate visibility into your program management. Be confident your audit preparation is already done while maintaining Continuous Program Compliance™.